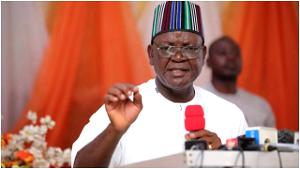 Governor Samuel Ortom of Benue state has said he has no regrets for his actions and owes nobody any apologies for the decisions he has taken, noting that he knows why Atiku Abubakar and Miyetti Allah were angry with him.

The added that the Miyetti Allah and the presidential candidate of the Peoples Democratic Party, PDP, Alhaji Atiku Abubakar, are profiling him for standing up for Benue people, assuring that he would defend the people with the last pint of his blood.

Governor Ortom, who spoke Tuesday when he hosted a delegation from The Church of Jesus Christ of Later-Day Saints in Makurdi, said he was being blackmailed by Miyetti Allah and the presidential candidate of his party for standing for the truth.

Recall that a Fulani socio-cultural association, Miyetti Allah Kautal Hore, had in a communique at the end of its expanded…