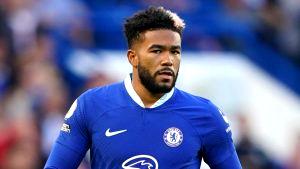 Chelsea fullback Reece James will not be part of Gareth Southgate’s England team for the FIFA 2022 world cup due to injury concerns.

According to SkySports, after discussions with Gareth Southgate on Tuesday, it was decided the full-back has not recovered sufficiently from the knee injury he picked up against AC Milan last month.

The Three Lions coach will announce his 26-man team for the competition on Thursday at 2pm and will not risk including the Chelsea defender in his team.

Two other main right-backs for England are also on their road to recovery: Manchester City’s Kalvin Philips And Kyle walker will be available but it isn’t completely assured.

Kieren Tripper of Newcastle United who is currently in blistering form at the club could aso get a call-up by Gareth Southgate.

Graham Potter, manager of Chelsea confirmed that Reece is making a steady recovery.