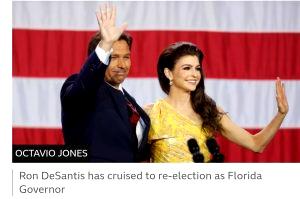 Hours after the first polls closed, many key races in the US midterms have yet to be called and control of the US Senate, in particular, is still very much up for grabs, BBC reports.

It has been a good enough night for Republicans, but far from a great one. Their hopes of a tidal wave that would sweep them to victory in dozens of toss-up races are not materialising so far.

They have already lost one Senate seat, in Pennsylvania, and will need to flip two among the three states of Nevada, Arizona and Georgia, to take control of that chamber.

Here are some key takeaways so far.

1. Republicans on track to win the House

Even with Democrats winning some close races, it appears Republicans are on track for a majority in the House of Representatives. The question, however, is how big a majority it will be.