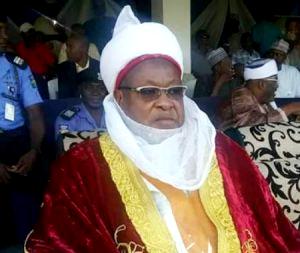 The Emir of Katsina, Alhaji Abdulmumini Kabir-Usman, has approved the appointment of Alhaji Aminu Nuhu-Abdulkadir, as the new District Head of Rimi, a kingmaker in the emirate.

This is contained in a letter by the council secretary, Alhaji Bello Ifo on Saturday in Katsina.
“The emirate council has directed me to write and covey to you Alhaji Aminu Nuhu-Abdulkadir, that you are the new District Head of Rimi.

“You will fill the vacant seat of the late Kauran-Katsina, Alhaji Nuhu Abdulkadir, who died recently,” he said.

He prayed to Allah to grant him good health and peace. Until his appointment, Nuhu-Abdulkadir was the Ciroman Kauran-Katsina; he is also a son of the late Kauran-Katsina.
Abdulkadir the former Kauran-Katsina died at the age of 80 in August 2022, after a brief illness. (NAN)