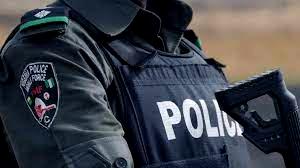 The Commissioner of Police in Adamawa, Mr Sikiru Akande, has deployed human and operational assets around offices of the Independent National Electoral Commission (INEC)  in the state to prevent possible attack.

This is contained in a statement issued on Saturday in Yola by the command’s Public Relations Officer, SP Suleiman Nguroje,

He stated that the deployment was a further demonstration of the IGP’s determination to provide effective security and to ensure a conducive atmosphere for political process in the state.

“This deployment will surely assist in monitoring INEC materials, prevent any attempt to invade INEC premises, coordinate timely response to distress call and to clamp down on violators.

“The CP has equally directed the Divisional Police Officers and their supervisory Area Commanders, to immediately ensure strategic deployment of officers to INEC offices in their respective areas of responsibility,” he stated.