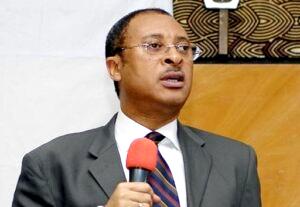 …Come for your cards, we can’t distribute them, says INEC

Leader of the National Coalition Front NCFront and Convener of the Big Tent coalition of Political Parties, Social Movements and Civil Society organizations, Professor Pat Utomi has protested against what he described as the non-distribution of Permanent Voter Cards PVCs in the coffers of the Independent National Electoral Commission INEC, alleging that at least 9.3 million such cards are lying idle in the commission’s offices.

Utomi made the disclosure on Thursday when he, alongside the Chief Spokesman of the Peter Obi/Datti Ahmed (Labour Party) Presidential Campaign Council, Dr Tanko Yusuf and Dr Austin Kemie led an advocacy walk to the INEC Headquarters under the aegis of the “Big Tent”.

He urged INEC to decentralize the process of PVC collection and of possible, take the cards to the doorsteps of Nigerians.