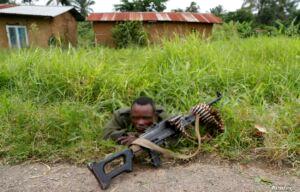 The Theatre Command Operation in Borno State, Thursday night, disclosed that a soldier went haywire in one of its military base, shot and killed a humaitarian staff of an NGO and another soldier in the same base.

The soldier also opened fire on the co-pilot of one of the UN helicopters in the theater before troops of Hadin Kai neitralised him.

“A soldier shot and killed a staff of one of the NGOs providing humanitarian support in the North East.

“Same soldier also killed another soldier and injured the co-pilot of one of the UN helicopters.

“Own troops on the ground immediately…