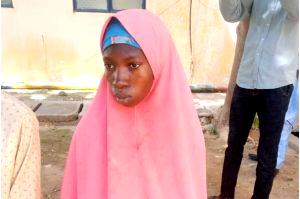 The Katsina State Police Command, on Friday, paraded one Maryam Habibu, 18, for throwing her ex-husband’s four-year-old stepson, Jamilu Rabi’u, inside a well.

The action of the divorcee, a resident of Leko village in Danja LGA of Katsina State, eventually led to the death of her stepson.

According to the spokesman of Katsina Police Command, SP Gambo Isah, “the suspect went to the house of her ex-husband and lured the little boy into a nearby area and threw him inside the well, killing him.”

While being quizzed before the press, Maryam said she had earlier used a hoe on her husband’s first wife and the case is still in court.

The suspect also admitted that she once burnt the mattress bought for her mate by her husband because he failed to buy for her too.