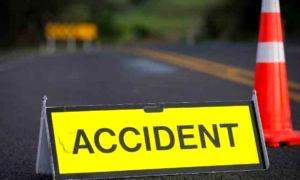 Four persons lost their lives when a Toyota Sienna bus ran into a moving Sino truck from the rear on Abeokuta-Sagamu expressway on Thursday.

Akinbiyi explained that the accident occured at 7:18 p.m. at Adedero in front of Adaranijo Filling Station along the route, saying the vehicles were travelling inbound Abeokuta.

“I learnt the Toyota Sienna marked AAA 307 GN was inbound Abeokuta, and the driver was driving behind the truck, which belongs to a cement manufacturing company when it ran into the truck from behind, due to speed.

“The driver was unable to ascertain the fact that a vehicle was in his front, coupled with the smoke emitting from the truck, marked WDL 418 XA , which also had no rear light,” he said.

He said all the victims were males.

The TRACE spokesperson stated that the deceased were…