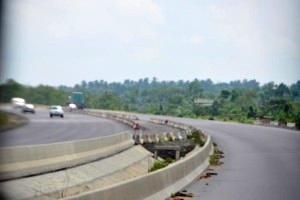 DIG Jonhson Kokumo, in-charge of Force Criminal Investigation Development (FCID), on Friday assured motorists and commuters plying the Lagos-Ibadan Expressway of their safety on the highway.

Kokumo gave the assurance during his inspection visit to the highway following incessant cases of kidnapping and robbery of unsuspecting travellers in recent time.

The DIG, in company of the Commissioner of Police in Oyo State, Adebowale Williams and his team, visited the boundaries of Oyo State and Ogun on the Lagos-Ibadan Expressway.

Briefing newsmen after his tour of the areas, Kokumo said that the Inspector-General of Police, Alkali Baba, was “seriously concerned about the incidences of kidnapping and other crimes being committed on the expressway.

According to him, he has directed me to visit the areas in order to provide…