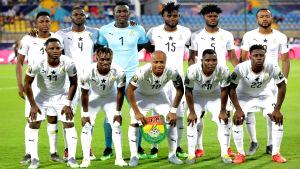 Black Stars of Ghana are going to Qatar to play their fourth World Cup tournament. As four-time AFCON champions, the side can boast of quality raw talents like Tariq Lamptey, Thomas Partey, and the Ayew brothers – Andre and Jordan among other players.

Ghana are in group H with Portugal, Uruguay and South Korea and while it is a very difficult group, Ghanaians might want to get revenge on Uruguay who stopped them in the quarter-finals in 2010.

The West African team display passion, skills and cohesion when playing, and this will count for them when they are utilised in the competition. Surprises do happen in the world of football, and Otto Ado’s side have the capacity to pull…