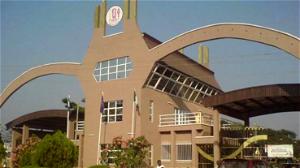 BENIN CITY – LECTURERS at the University of Benin under the aegis of the Academic Staff Union of Universities (ASUU) has accused the federal government of attempting to abdicate its constitutional role of Nigerians of providing quality and affordable education to Nigerians with the way it is handling the industrial crisis between it and university lecturers by attempting to criminalise strikes.

Addressing a press conference ahead of its peaceful protest against government’s payment of half salary for the month of October and the no payment of the other months of the strike, chairman of the UNIBEN chapter of ASUU, Ray Chikogu flanked by the Secretary, Success Abusomwan also called on civil society groups, media to be wary of this alleged plot as he accused the Minister of Labour and Productivity, Dr Chirs Ngige of anti-labour tendencies.