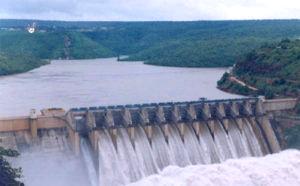 No fewer than nine passengers lost their lives when a vehicle hit another stationary car plunged into Fada Dam in Gwarzo Local Government Area along Kano-Katsina Road.

Sources from the area said the incident happened when the vehicle, Golf wagon, ran into another vehicle that broke down on the road.

The faulty vehicle had no sign to alert other motorists of its condition. So when the oncoming car hit it, the driver lost control and plunged into the dam.

The spokesperson, Kano State Fire Service, Saminu Yusif who confirmed the incident, said the accident involved a Golf wagon car with 12 passengers coming from Kano and heading to Katsina.

Yusif said three were rescued, while nine others who were evacuated unconscious were later confirmed dead by doctor.

According to him, “On Saturday 19 November 2022, state fire service received an emergency call through Ali Mai…