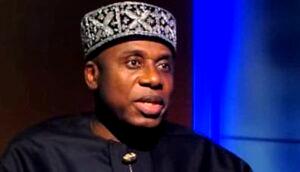 The immediate past Minister of Transportation, Rotimi Amaechi, has graduated from the Baze University, Abuja, with a second class upper degree in Law.

Amaechi, in a statement issued by his Media Office on Saturday in Abuja, was admitted to the Bachelor of Law Degree Programme when serving as a minister.

According to the statement, Amaechi, in spite of his tight schedules, combined the rigours of academic  studies and his official work and achieved the remarkable grade.

It said the former Minister, in his numerous inspections of projects under the Ministry, was seen reading books in between his engagements with the contractors and workers on sites.

”Amaechi as a Minister, conceptualised the remodelling and the revolution in the railway transportation sector with a brand new Lagos-Ibadan standard gauge rail line started and completed under his supervision.