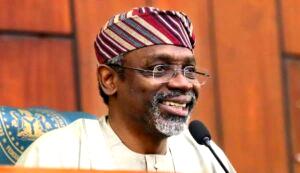 The Speaker of the House of Representatives, Rep. Femi Gbajabiamila has said that Nigeria must urgently harness and maximize the advantages of its changing population structure achieve rapid economic growth.

He said governments at all levels must identify and be deliberate in taking actions that must be sustained in order to maximize the advantages of the changing population structure.

Gbajabiamila spoke in Abuja on Monday at an event titled, “Parliamentary Summit on Fast-Tracking Nigeria’s Demographic Transition”, organized by his office in collaboration with the National Population Commission (NPC) with support from the World Bank.

Stakeholders at the summit included members of the House of Representatives; the Minister of Women Affairs, Dame Pauline Tallen; Minister of State for Budget and Planning, Clement Agba, who was represented; the Emir of Shonga, His Royal Highness Dr. Haliru Yahaya; Director General, Budget Office…