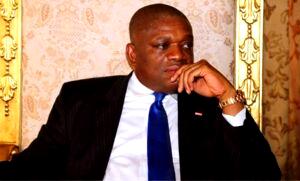 Former Governor of Abia state, Sen. Orji Kalu and PowerChina, Monday, in Abuja, signed the deal for the establishment of five Agro-Industrial parks, worth $500 million, in different parts of Abia state.

According to him, PowerChina and SWIBER Africa would jointly fund the project to be handled by the Chinese firm.

The former governor said that the industrial parks would fulfill objectives of providing employment opportunities for members of the communities and raising foreign exchange for the country, especially the weak foreign exchange earning base of the nation.

According to him, “everything produced in the industrial park “will go to feeding Nigerians and export”.

The Managing Director of PowerChina Nigeria, Mr. Diego Tian, said that the industrial; parks would focus on the production and processing of rice, cassava and…