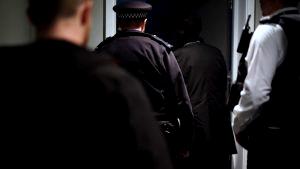 Metropolitan police have arrested more than 100 suspected criminals in the United Kingdom’s biggest ever cyber-fraud operation.

Reports disclosed that more than 200,000 potential victims in the UK alone have been directly targeted through the fraud website called iSpoof.

BBC said at one stage, nearly 20 people every minute of the day were being contacted by fraudsters using fake identities through the site.

It said they appeared as agents of banks including Barclays, Santander, HSBC, Lloyds, Halifax, First Direct, Natwest, Nationwide and TSB.

Scotland Yard’s Cyber Crime Unit worked with international law enforcement, including the National Crime Agency and authorities in the US and Ukraine, to dismantle the website this week.

iSpoof empowered criminals to pose as if they were calling from banks, tax offices and other official organisations as they…