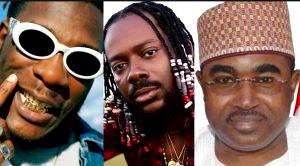 Marwa lamented how the drug-promoting lyrics from songs have become a buzzword among youths, noting how the young population, on the strength of these songs, have come to see drug abuse as a ‘grand idea of leisure’.

The NDLEA boss who was represented by Dr. Segun Oke said this during the 2nd edition of the Vanguard Mental Health Summit held in Lagos on Thursday with the theme being: ‘Mental Health in a Distressed Economy’.

According to Marwa, drug abuse is a ‘serious’ problem in the country, revealing that 10.6 million Nigerians abuse cannabis.