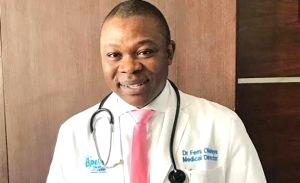 Oshodi ordered that the defendant be remanded in Ikoyi Correctional Centre pending  the perfection of his bail.

Oleleye is charged with a two-count charge of defilement and sexual assault by penetration.

He, however, pleaded not guilty to the charge.