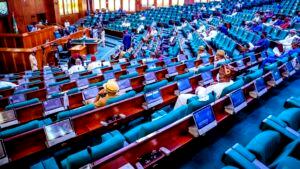 Public Accounts Committee of the House of Representatives, has resolved to probe the over N4.014 trillion revenue/debt owed to the FederalGovernment bysome international electricity customers, which include Republics of Togo, Benin and Niger.

The notice was contained in a letter by Chairman of the Committee,Oluwole Oke.

He said: “Assessment of the External Auditor’s report for the year 2019, showed that the company has paid N3.03 trillion out of the total invoices of…