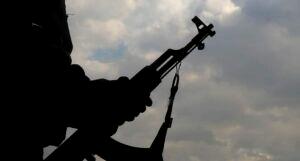 Suspected armed bandits late struck at the Arab Road Extension 2 in Kubwa district of the FCT late Tuesday, and abducted a serving Youth Corps member, one Adenike, and seven others while killing one resident.

Sources said that Miss Adenike who is the only daughter of her parents was abducted when the bandit’s stormed some buildings along the Arab road, shooting sporadically and whisking away any resident they could lay their hands on.

Two persons were said to have been hit by the gunshots resulting in one allegedly dying on the spot while the other was rushed to the hospital after the bandits made away with victims abducted.

Sources said the bandits gained entrance into the Arab road extension from a hill which serves as a buffer for residents of the area.

“Apart from the Youth Corper, we are looking for seven other resident’s. Nobody can sleep anymore. It was like a war zone the way they were shooting. Luckily two of those…