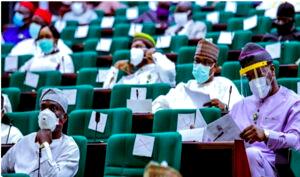 We ‘ll do more-DG, Bichi

House of Representative committee on national security and intelligence has said that the efforts of the Department of State Services (DSS) on intelligence gathering have remarkably curbed the menace of kidnapping, banditry and terrorism in the country ahead of the 2023 general elections.

Chairman of the committee, Hon. Sha’aban Sharada made the remarks when he led members of the committee to an oversight function at the DSS headquarters in Abuja late Tuesday.

Commending the Director-general of DSS,  Yusuf Bichi for utilizing the funds appropriated to the Service judiciously, Sharada said the committee was impressed by the physical changes seen at the headquarters.

The lawmakers were conducted around the DSS facility by its spokesman, Peter Afunaya.

Sharada said: “The service was informed about the committee’s interest to carry out the oversight during your recent appearance for budget…