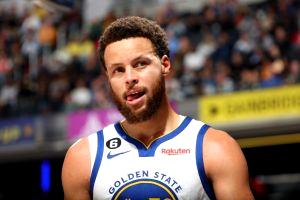 Curry, last June’s NBA Finals Most Valuable Player, was hurt trying to strip the ball from Indiana’s Jalen Smith as the Pacer drove to the hoop.

Curry held his shoulder until leaving the game moments later and was taken quickly to the locker room.

Warriors coach Steve Kerr said Curry will have an MRI exam on Thursday to determine the extent of the 34-year-old guard’s injury.

“We’ll see how he is tomorrow,” Kerr said. “He’s in good spirits and we’ll hope for the best.”