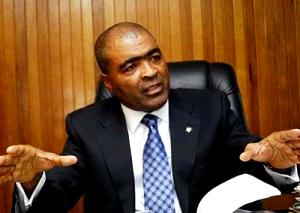 Nigeria’s ambassador to Spain, Demola Seriki has died as the age of 63.

According to a statement by his children, he passed away in Madrid, Spain in the early hours of Thursday surrounded by his family.

Until his passing, he was Nigeria’s Ambassador to the Kingdom of Spain having been appointed to the position in January 2021.

He previously served as Minister of State for Interior between 2009 to 2010.

In May 2009, Demola Seriki was conferred with the chieftaincy title of Otun Aare of Lagos by the Oba of Lagos, HRH Oba Rilwan Akiolu.

He was Nigeria’s Minister of State for Agriculture and Water Resources from 2007 to 2008.

He was the Supervising Minister for Mines and Steel Development from October 2008 to December 2008.