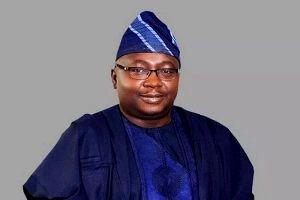 The gubernatorial candidate of Accord Party in Oyo State, Chief Bayo Adelabu, has promised to provide over 66,000 job opportunities for residents of the state if elected as governor in 2023.

He gave the assurance, weekend, at the Ibadan Chamber of Commerce and Industry (ICCI) gubernatorial debate governorship candidates in the state.

The debate which was held at the Function Hall of Jogor Event Centre, Ring Road in Ibadan, the state capital, was organised by the ICCI to allow the candidates to sell their manifesto to the people of the state.

Adelabu, a former deputy governor of Central Bank of Nigeria (CBN), said that 2000 jobs would be created in each of the 33 local governments in the state under his administration.

According to him, the jobs would come from emoployment of sanitary inspectors, traffic officers, road maintenance workers teachers, amongst others.