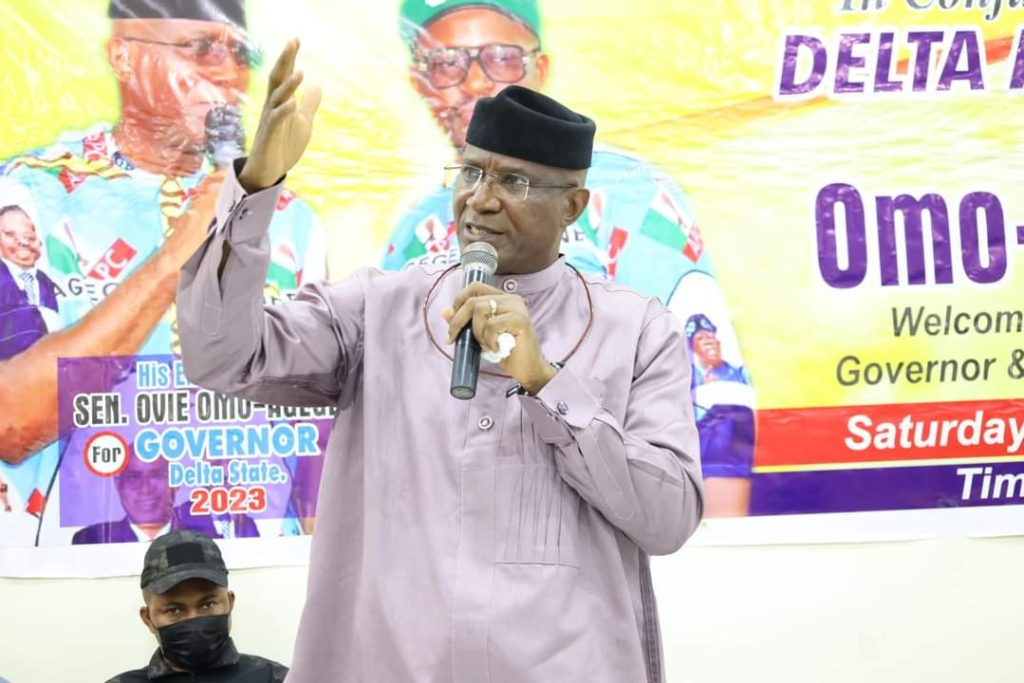 Deputy Senate President and the Delta State gubernatorial candidate of the All Progressives Congress, APC, Senator Ovie Omo-Agege, has said that his government will provide equal opportunities for all Deltans and residents irrespective of their religion or ethnicity.

Omo-Agege said that if elected as the governor of the state come March 11, 2023, he will ensure that no Deltan or residents are discriminated against in all aspects of government business.

The Delta Central lawmaker gave the assurance at a town hall meeting with the Muslim community and non-indigenes in the state, at Effurun, Uvwie local government area of the state. He decried a situation where people who live and do business, pay taxes to the state should being discriminated against on the bases of their religious beliefs or ethnicity.