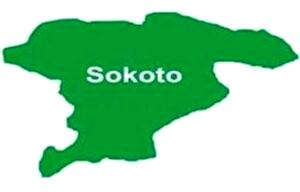 The People’s Democratic Party (PDP) in Sokoto state has Disassociated itself from the ugly phenomenon of Political thuggery in the state body of politics.

The Public relations officer and secretary publicity committee of the PDP Gubernatorial campaign council Alhaji Hassan Sahabi Sanyinnawal made the remarks in an exclusive Interview with our Correspondent in Sokoto.

He said the Sokoto state chapter of the PDP has signed a peace accord with all relevant stakeholders in the state with a view to ensuring peaceful and rancour-free Elections in Sokoto state and by extension Nigeria as a whole.

” We have fielded credible Candidates in all elective positions in the state, as such we don’t need tugs to harass or intimidate people during our campaign rallies sale our candidates,” says the party spokesman.

” We don’t believe in imposition of Candidate, we allow Supporters and leadership of the party to seat together and bring out the best among…