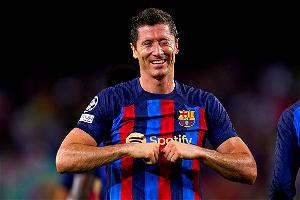 Barcelona extended their unbeaten run in January in a hard-earned victory against Getafe at the weekend, and it is expected they would pull off a sterling performance in tonight’s match.

However, Real Sociedad are third in the league table and playing fantastic football at the moment will give Xavi’s side a run for their money.

Sociedad have a very tough defence and a quick, incisive attack that takes advantage of high pressing to create big chances.

Without a doubt, Barcelona and Real Sociedad will be an interesting match as the two sides slug it out to make it to the Final Four of the Copa del Rey.

This is a complete team that plays very well in all areas, and despite all their injuries, they are still very dangerous.