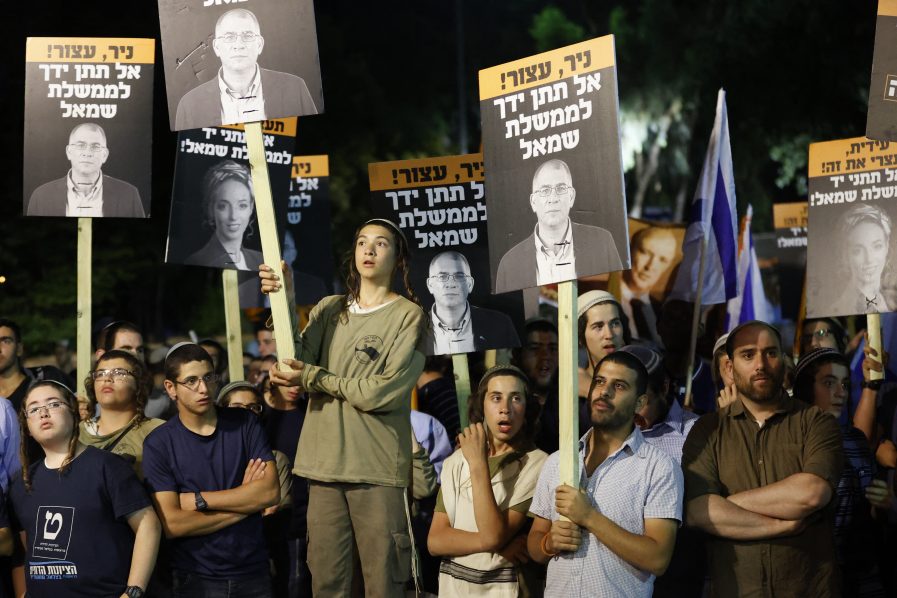 Right-wing Israeli supporters of Prime Minister Benjamin Netanyahu gather during a demonstration against the coalition to form a government, in the Israeli city of Tel Aviv, on June 3, 2021. – Israelis eyed the end of an era after a motley alliance of parties from across the political spectrum agreed to form a government to unseat veteran Prime Minister Benjamin Netanyahu. Opposition leader Yair Lapid announced the deal just minutes before a midnight Wednesday deadline, prompting celebrations into the early hours by the premier’s opponents and a defiant show of support by his fans. (Photo by JACK GUEZ / AFP)

After weeks of political wrangling, the Israeli parliament is set to vote Sunday on whether to install a “change” coalition and end Prime Minister Benjamin Netanyahu’s record 12 consecutive years in power.

Announcing the date for the confidence vote, speaker Yariv Levin, a Netanyahu ally, said on Tuesday “a special session of parliament” would debate and vote on…