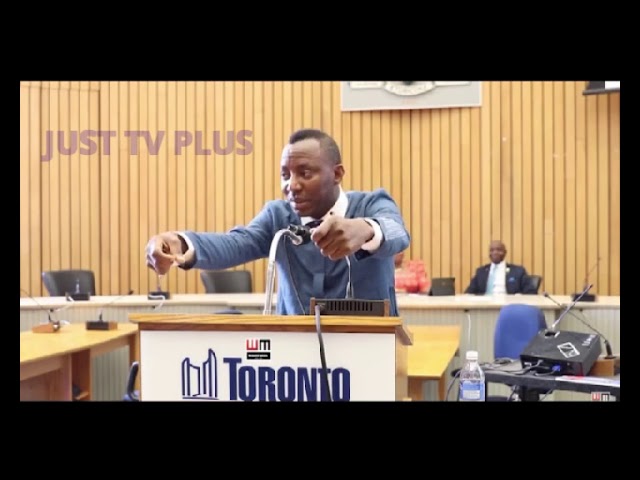 In one of his town hall meetings during his campaign for the 2019 Presidential election. Omoyele Sowore, AAC Presidential candidate took time to address the issue between him and former President Goodluck Jonathan.

Sowore who called himself an equal opportunity offender explain why he took it upon himself to report and expose the Late Ex-President Yar’adua cabal that were preventing Goodluck Jonathan from becoming the acting President after his boss fall sick.

He also narrated how Ex-President Goodluck Jonathan sent Oronto Douglas and Ima Niboro to persuade him to join his administration and why he rejected the offer. Sowore claimed he started doing the same thing to President Muhammadu Buhari immediately he noticed the corruption that was going on under his watch.

WATCH THE VIDEO BELOW