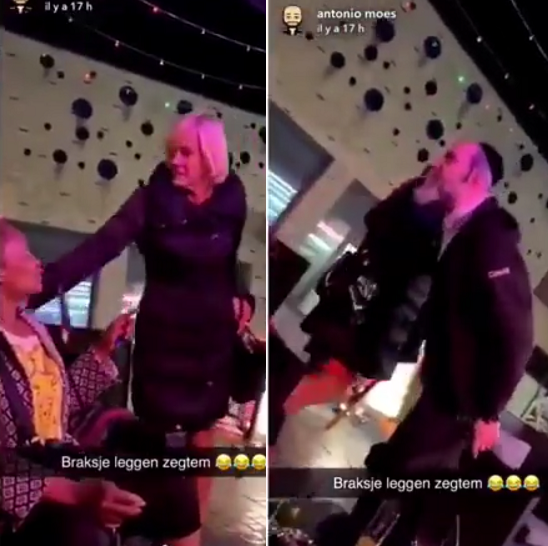 A racist white man has sparked an outrage online after he was filmed committing a disgusting act on a black woman at a restaurant in Belgium.

The man who appeared to be a Jew was seen spitting and then attacking the helpless woman with an object while some men who were heard laughing kept on filming and didn’t stand up for her.

The video started with a white woman approaching the black woman to exchange pleasantries before the white man who was dressed as a Jew then spat on her. He later went on to attack the lady by hitting her on the head with an object.

At one point, a man confronted one of the men filming and accused him of being a racist.