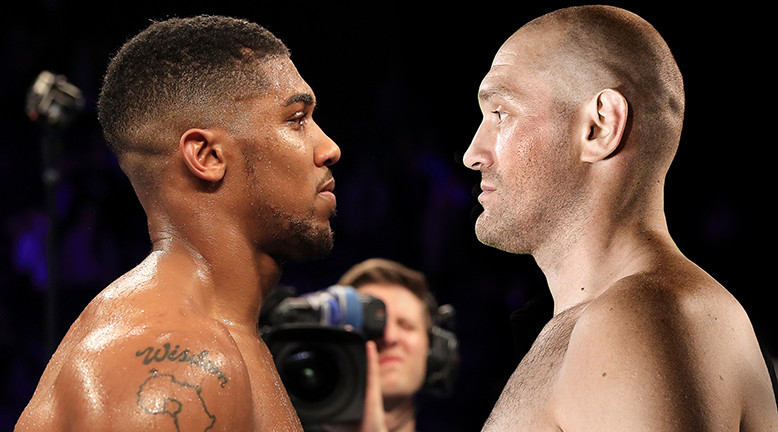 Tyson Fury has hit back at Anthony Joshua after his jibe that his British heavyweight rival should join his management team so they can help him take his career to the next level.

During an interview with the Mail on Sunday, the British Nigerian boxer said: ‘I do think he should come over to Matchroom and 258 Management and let us handle his career,’

‘Build it up, award him Sports Personality of the Year. That video he did (on Wednesday, when he asked to be removed from the SPOTY shortlist) should be him saying, “I’m accepting my award”, not that, “I don’t want to be a part of it”.

‘We’ll have a look at his PR, we’ll strip it all back and make this fight what it’s supposed to be. He’s got a lot of potential.’

The comment provoked Fury, with the heavyweight champion responding on Twitter that he wanted to ‘smash Joshua’s…