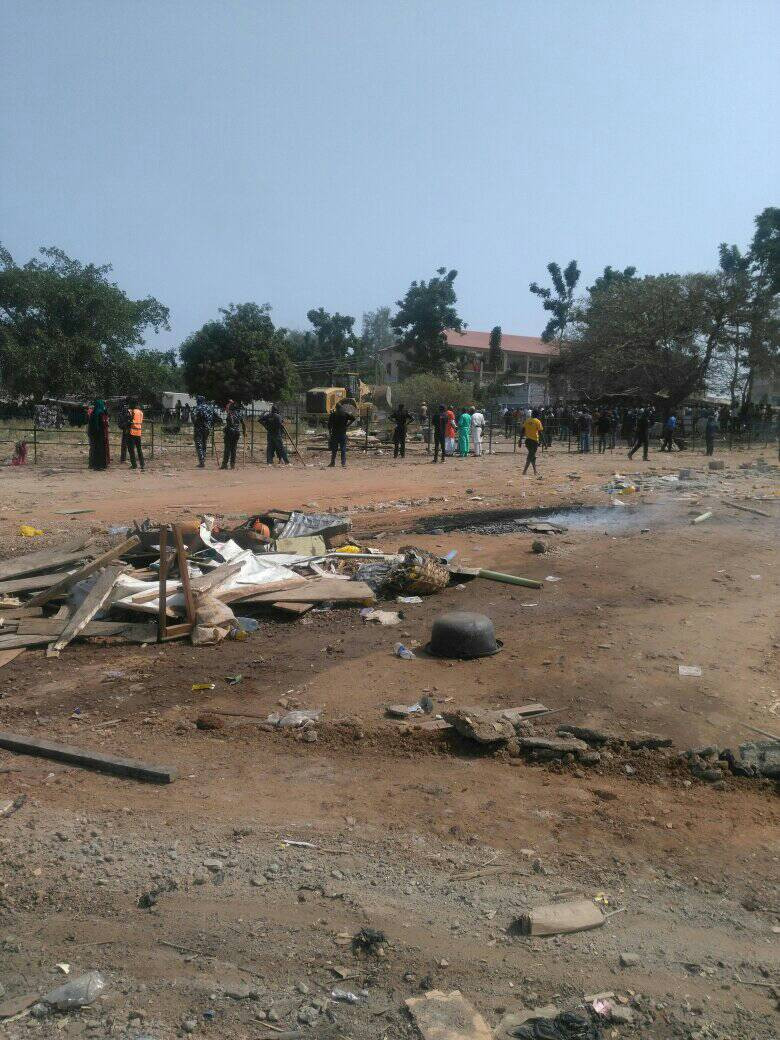 Speaking on behalf of the administration, the Senior Special Adviser to the FCT Minister on Monitoring, Inspection and Enforcement, Comrade Ikharo Attah, who led the demolition, vowed to sustain the exercise to rid the city of all manner of environmental problems.

In an interview with newsmen immediately after the exercise, Attah said that the slum is not acceptable in a dream city.

“This is the heart of the city and must not be turned into a den of criminals, scavengers, and prostitutes,” he said.

“In the heart of the city, where you have scavengers, criminals, brothels, and shanties, there are bound to be drug peddlers who sell drugs to them.”

“When you get there, you see ladies’ ID cards whose bags were stolen, even those of policemen. If we remove this place,…