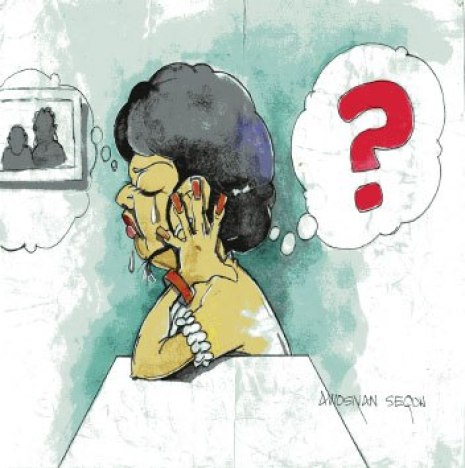 The more friends show the depth of their betrayal, the more shocked you are. Instead of their escapades diminishing, it grows in leaps and bounds, leaving you wondering if the word, ‘friendship’ shouldn’t be re-defined.

When Raymond lost his well-paid job after the IT company he headed folded up, it was left to Saudat, his wife to financially tide over his family until Raymond found another job.  “Only it took a while for him to”, Saudat said, “and his resentment at having to be kept by his wife caused friction in the marriage. I was tired because of the stress of trying to cope, which did nothing for our love life. The grumpier my husband got, the angrier I became.  I wasn’t responsible for his plight, so why should I suffer?

“Shortly after, I met Andy who was visiting Dupe, a very good friend of mine. I jokingly told her I found Andy attractive and she encouraged me to go on a date with him. She was quite aware of my problem with Raymond but…