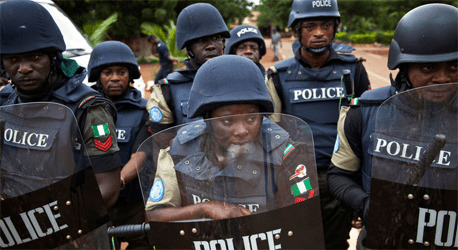 This is coming about two months after troops of the military spike operation in the state code named ‘Operation Whirl Stroke’ uncovered a similar plant in Logo local government area of the state.

Parading the arms manufacturer yesterday in Makurdi alongside 18 other robbery and kidnap suspects arrested with over 30 different caliber of firearms and live ammunitions in various parts of the state, the Police Commissioner Mr. Garba Mukaddas said the suspect was arrested following a tip off.

“We gathered information that he manufactures prohibited fire arms and…