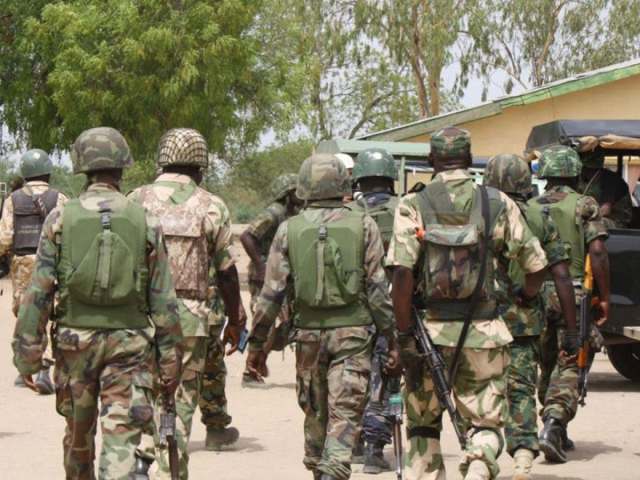 Soldiers are the ones who bear the brunt. They are in the frontlines, battling daily with Boko Haram insurgents. They face the bullets, get hit and die in the war front. They are not happy. Though they swore to protect, preserve and die for Nigeria, they are no longer happy carrying out their professional duties. In fact, announcement of the appointment of new service chiefs elicited wild jubilation and cheers from our gallant soldiers in the war front.

They could not hide their anger against the retired service chiefs. Saturday Vanguard had an exhaustive telephone conversation with a cross section of Nigerian soldiers in the battle field in Borno and other endangered Northern states.

The interview which lasted for hours had unprecedented out pour of anger and curses against what was in place before new changes were made. Those interviewed sought strict anonymity so as not to be subjected to military order. Their expose is an agenda setting for the new…