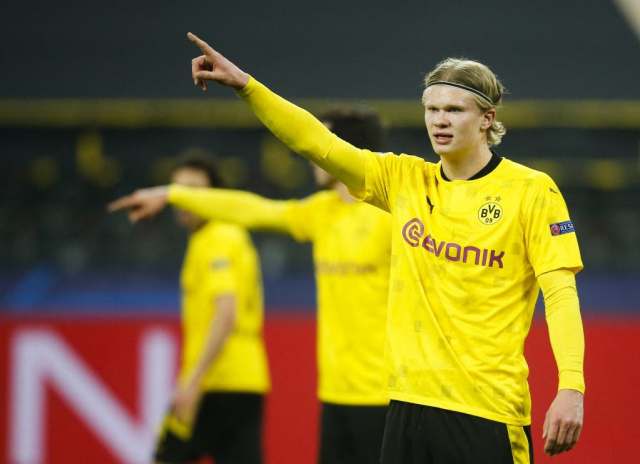 Erling Braut Haaland scored twice as Borussia Dortmund held off a late Sevilla fightback to reach the Champions League quarter-finals with a ‘crazy, amazing’ 5-4 aggregate win after a frantic 2-2 second-leg draw on Tuesday.

Haaland, who also netted a double in Dortmund’s 3-2 last 16 first-leg victory, tapped in a first-half opener and scored a retaken penalty after the break behind closed doors at Signal Iduna Park.

“It was a hard game –- I’m tired now, but to be in the next round feels very good,” Haaland told Sky.

“It was a crazy game and a crazy, amazing win.”

Sevilla forward Youssef En-Nesyri scored a 69th-minute spot-kick and a last-gasp equaliser but Dortmund clung on.