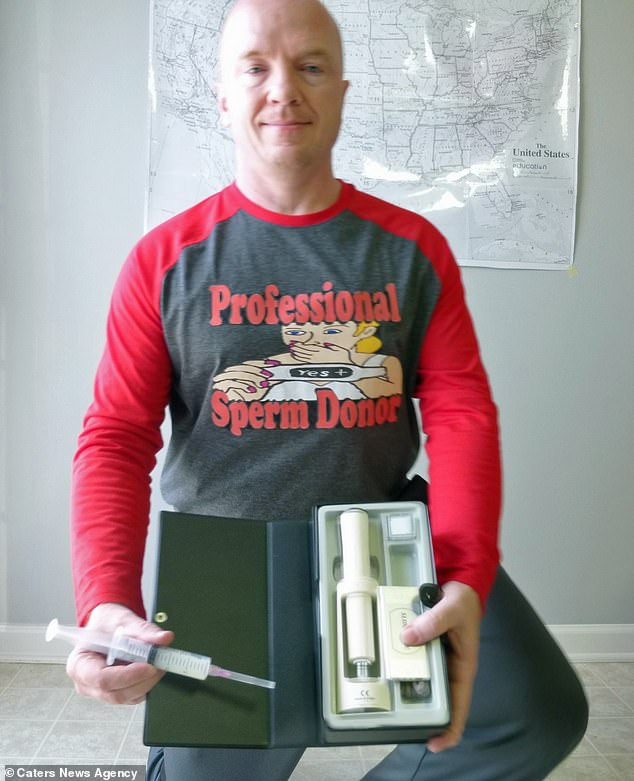 An American sperm donor who claims to have fathered 150 children worldwide has impregnated three British women ahead of Christmas.

‘Joe Donor’ from Vermont, who conceals his real name, has been living in Ilford, Essex, for the past three months after first arriving in the UK in September.

The 50-year-old, who has travelled across America, Argentina, Italy, Singapore, The Philippines, and the UK donating his sperm, previously admitted that he is on a mission to impregnate as many women as he can, with 2,500 kids being a long-term goal.

According to him, the news of three mothers-to-be, who he claims are set to give birth to his children in 2021 is the ‘best Christmas present of all.’

He claimed he had sex with two of them, while the third conceived through artificial insemination.

Joe offers both options and says about 50 percent of his offspring are a result of having sex but insists he does not make any profit from his donations, although sometimes his clients…

“Born to be my king” Ifeanyi Adefarasin celebrates husband, Paul Adefarasin, on his birthday