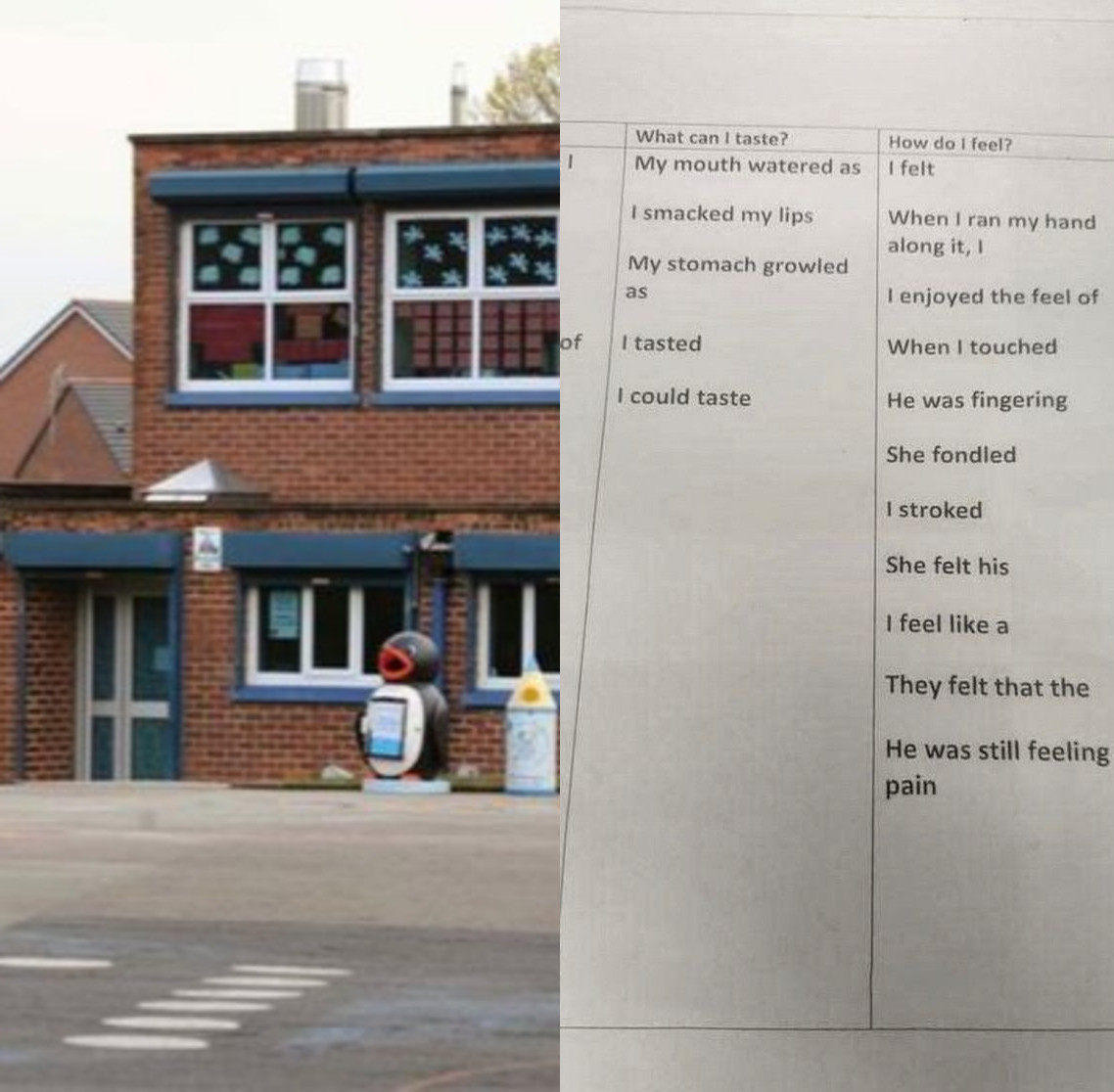 Annette Farrington, 27, slammed the teacher who sent out the “inappropriately sexual” creative writing prompts in a worksheet.

She said the homework had been sent out to her daughter at Our Lady and St Philomena’s Catholic Primary in Fazakerley, Liverpool just before half term.

Annette told the Liverpool Echo: “She got the homework just before half term but because there was so much we had some left over so we were doing it yesterday.

“She was doing work on the Holocaust, and I think it had got mixed up with that.

“When I was looking at it I thought that doesn’t even make sense, why it would be there? But after speaking to the school they said it was part of an English lesson giving examples to help kids make their own story.”

I saw the invasion of our forests by bandits years back

Actor, Gideon Okeke tackles Nigerian medical practitioners who have formed the habit of withholding a patient’s prognosis or prescription after consultation (video)