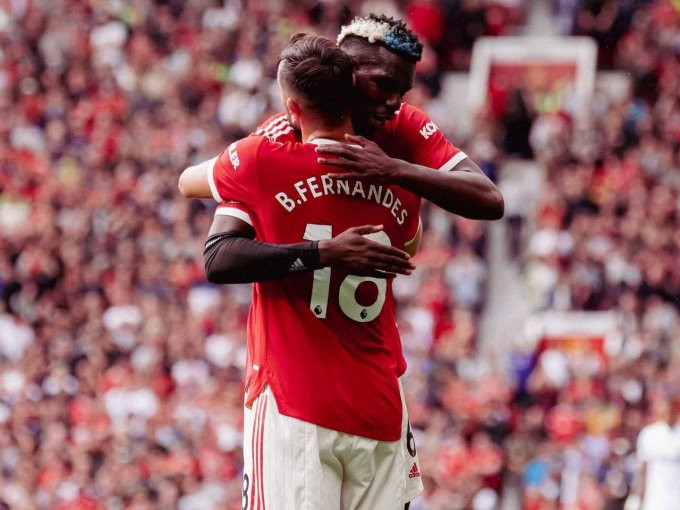 Bruno Fernandes scored an opening-day hat-trick while Paul Pogba proved why he’s one of the best midfielders by supplying four assists as Manchester United swept Leeds aside in a 5-1 win at Old Trafford on Saturday, August 14.

On a day when £75m new signing Jordan Sancho made his debut and new signing Raphael Varane was revealed to the fans in the stadium, United players knew they just had to turn up – and they did in style.

Portugal midfielder, Fernandes opened the scoring on the half-hour after receiving a wonderful pass from Paul Pogba.

Two minutes later, Mason Greenwood who started as the main striker, restored Manchester United’s lead after another superb pass from Paul Pogba, before Fernandes’ low shot was ruled to have crossed the line by referee Paul Tierney after a check of goal line technology – following another pass from Paul…