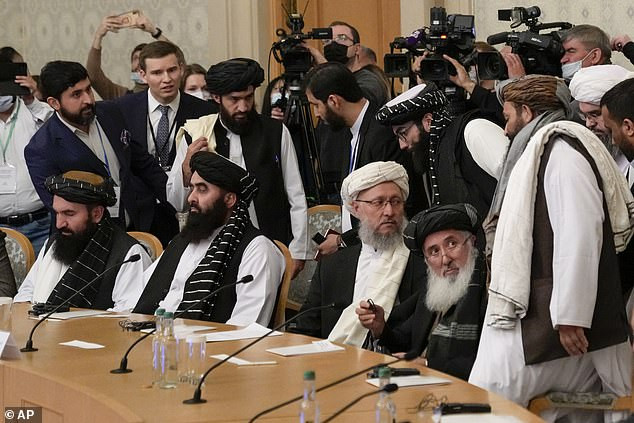 The Taliban was welcomed in Moscow today, October 20 during talks on Afghanistan as Russia seeks to exert influence over the new regime.

Russia’s Foreign Minister, Sergey Lavrov opened the talks and emphasised that ‘forming a really inclusive government fully reflecting the interests of not only all ethnic groups but all political forces of the country’ is necessary to achieve a stable peace in Afghanistan.

Russia designated the Taliban a terror organisation in 2003 and never took it off the list but has been working to improve relations with the country.

With the US now clearly out of the way, the Taliban was welcomed in Moscow today.

Unlike many other countries, Russia hasn’t evacuated its embassy in Kabul and its ambassador has maintained regular contacts with the Taliban since they took over the Afghan capital of Kabul in August.