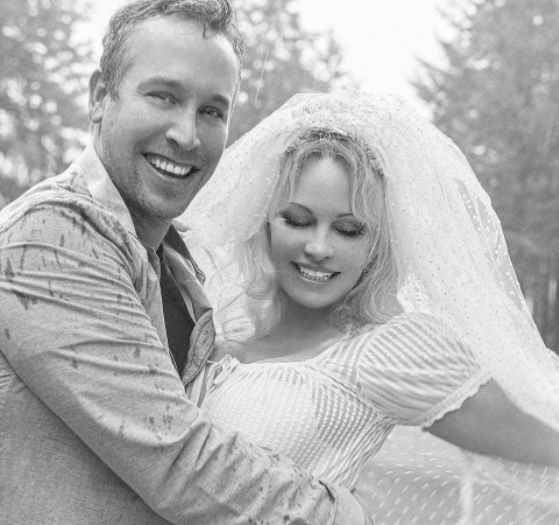 Baywatch actress Pamela Anderson, 54, has reportedly filed for divorce from her sixth husband Dan Hayhurst, after one year of marriage.

In January last year, Pamela made news headlines when it was announced that she had married her bodyguard in Dec. 2020 after a whirlwind romance of just a few months of dating (read here).

Now, after just a year of marriage, the couple have split and Pamela is already filing for divorce, according to Rolling Stone.

The source told the publication: “Pamela loves as authentically as she lives” and the “pandemic whirlwind” relationship with Dan had ran its course.

During the Covid-19 lockdown period, Pam sparked up an unlikely bond with the member of her security team and the pair were totally besotted and inseparable.

In February last year, Pam and her new husband, who is in his 40s, appeared on ITV’s Loose Women explaining that they’d found love in her native Canadian home as they conducted the interview from under the sheets of…