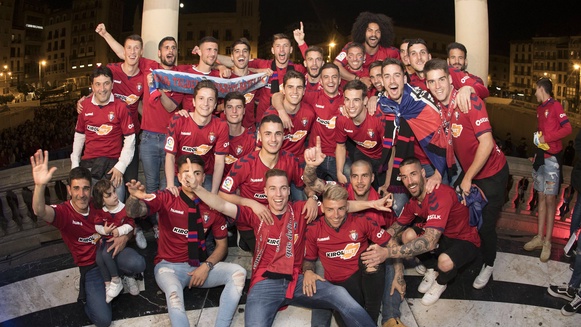 After two years of absence,Osasuna are back in Spain’s La Liga next season without kicking the ball. Their return was made possible following Albacate’s defeat at home to Granada.

Jagoba Arrasate’s men moved to the brink of promotion with Sunday’s 0-0 draw away to Cadiz.

And, when Albacete went down 1-0 against Granada a day later, Osasuna’s top-two finish was secured.

“We are very happy, I think we are here on our own merits,” captain Roberto Torres said to El Larguero.

“We will give more value [to the achievement] in the days [to come]. The season has been beautiful and I think it is a beautiful moment at this time.

“We knew what could happen [when Albacete played Granada], we were aware that it could be a beautiful day.”

Granada are highly likely to follow Osasuna into LaLiga as they are six points clear of third-placed Albacete, with three games remaining in the Segunda Division season.

Arrasate’s team could secure the title…