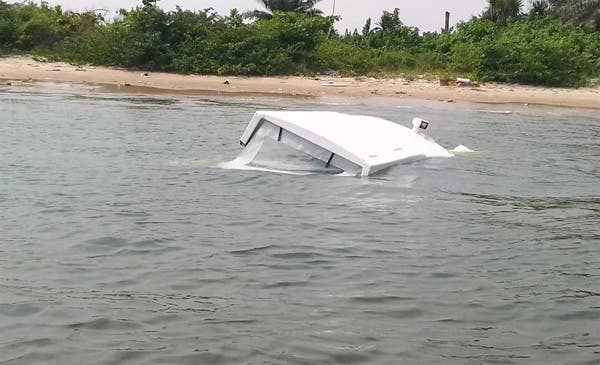 Twelve drowning passengers of an outward engine boat which capsized along Takwa Bay area of Lagos, were Sunday night rescued by  personnel of the  Nigerian Navy Ship BEECROFT, Lagos.

The incident was said to have been caused by waves from another boat transiting the same area at about 8:10pm.

Report said that passengers of the ill fated boat shouted for help but none was forth coming , until personnel of the  NNS Beecroft who were at the vicinity on routine patrol were alerted.

Explaining how they were rescued,  the Western Naval Command Information Officer,  Commander Thomas Otuji, said ” The personnel were deployed to the scene for search and rescue operations.

All passengers onboard the ill fated boat were rescued alive and conveyed to the Naval Medical Centre, Naval Dockyard, Victoria Island Lagos, for immediate medical care.

“Once again, boat operators and passengers are strongly advised to adhere to safety guidelines and measures before embarking…

‘Women deserve accolades for being housewives’