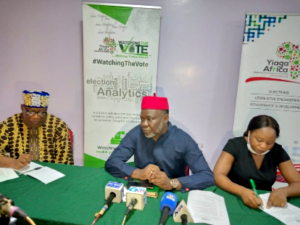 An independent election observer group, Yiaga Africa, has predicted that poor turnout of voters will pose as a major threat to the success of the Nov. 6, Governorship  Election in Anambra.

The observer group said this at a one-day meeting with newsmen in Awka on Wednesday as parts of its pre-election monitoring activities in the state.

Mr Ezenwa Nwagwu, a Board member of Yiaga Africa, said there were no visible signs that suggested that insecurity would hamper the exercise.

Nwagwu said the trend where no winner had emerged with more than 300,000 voters in Anambra which had no fewer than two million voters since the beginning of the fourth republic, was ugly and unfortunate.

He said that the fear of security threats had always been there as in the past and should be guarded against.

According to him, the major challenge is to get the Anambra electorate to come out and cast their votes.

He said Yiaga Africa was engaging with  relevant stakeholders…