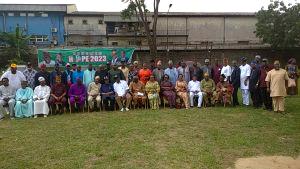 Lagos State Government has declared zero tolerance to eradicate open defecation and urination by 2025 in the state.

Speaking during the second edition of the training workshop for public toilet operators on Thursday, held at Ikeja, Lagos, the Permanent Secretary, Office of Environmental Services, Dr. Omobolaji Gaji reiterated state government’s determination to eradicate the menace of open defecation in the state by 2025.

He said the part of the objectives of the one day training was to build capacity for toilet operators as well as to ensure a cleaner, more hygienic and safer public toilet environment in the state.

Gaji, represented by the Director, Sanitation Services, Dr. Hassan Sanuth said the state government has four cardinal points of operation which include: Advocacy;…