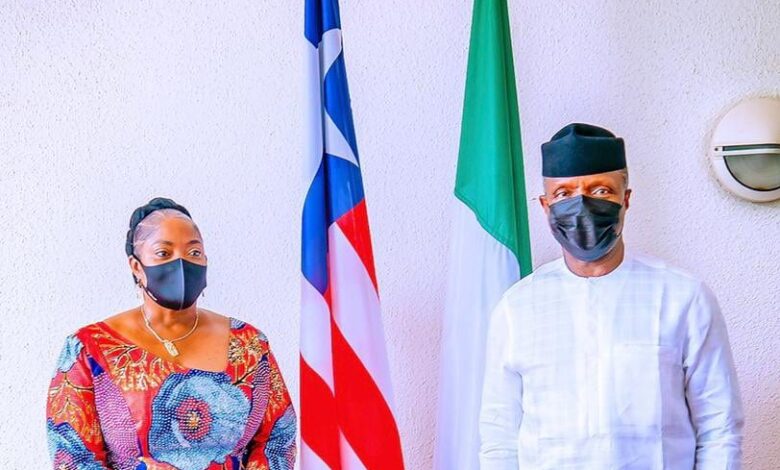 Howard-Taylor is in Nigeria to attend the First Ordinary Session of the ECOWAS Parliament for the year.

Osinbajo’s spokesman, Laolu Akande, told State House correspondents afterwards that the two vice presidents used the opportunity not only to exchange pleasantries but also to catch up.

“They had met previously both here in Abuja and also in Liberia where she had invited the vice president to deliver a keynote address at the Sheroes International Launch in Monrovia.

“During their meeting today, they expressed the desire of both countries to co-operate internationally, bilaterally and multilateral.

“Essentially, it was just a courtesy visit,” he said.

Howard-Taylor, who is also the President of the Senate in Liberia, spoke at the opening session of the ECOWAS Parliament on Thursday.

Nigeria and Liberia have a wide range of economic,…