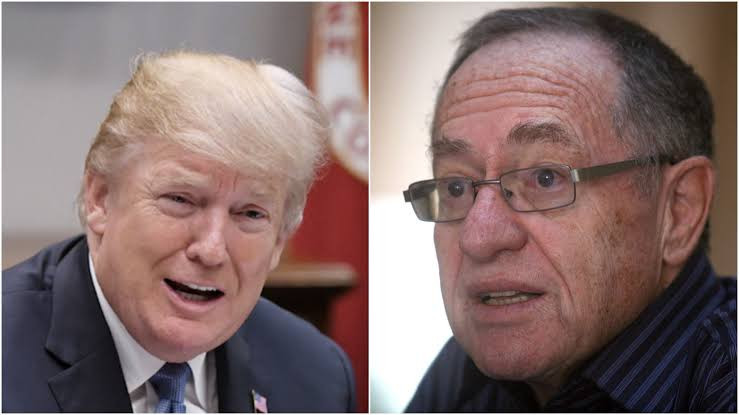 Harvard Law professor emeritus, constitutional law scholar and Trump’s lawyer during his 2019 impeachment trial, Alan Dershowitz has said that impeaching the president for ‘exercising his First Amendment rights’ would be ‘so dangerous to the Constitution.’

House Speaker, Nancy Pelosi, a Democrat, announced on Sunday that the House Of Representatives will go ahead with impeachment proceedings against Donald Trump for allegedly ‘inciting insurrection’ at the State Capitol last week Wednesday, January 6, when his supporters stormed the Capitol building in response to the Senate voting to confirm Joe Biden’s Electoral college win.

According to Pelosi, she would have preferred Vice-president Mike Pence to invoke the 25th Amendment and remove Trump from office even though he has barely two weeks to remain at the White House, but with the VP wavering, she will hastily have to start impeachment proceedings, making Trump the first president in US history to be impeached…

Man who dropped out of school in England due to lack of funds thanks Davido for partly funding his education after he returned to...