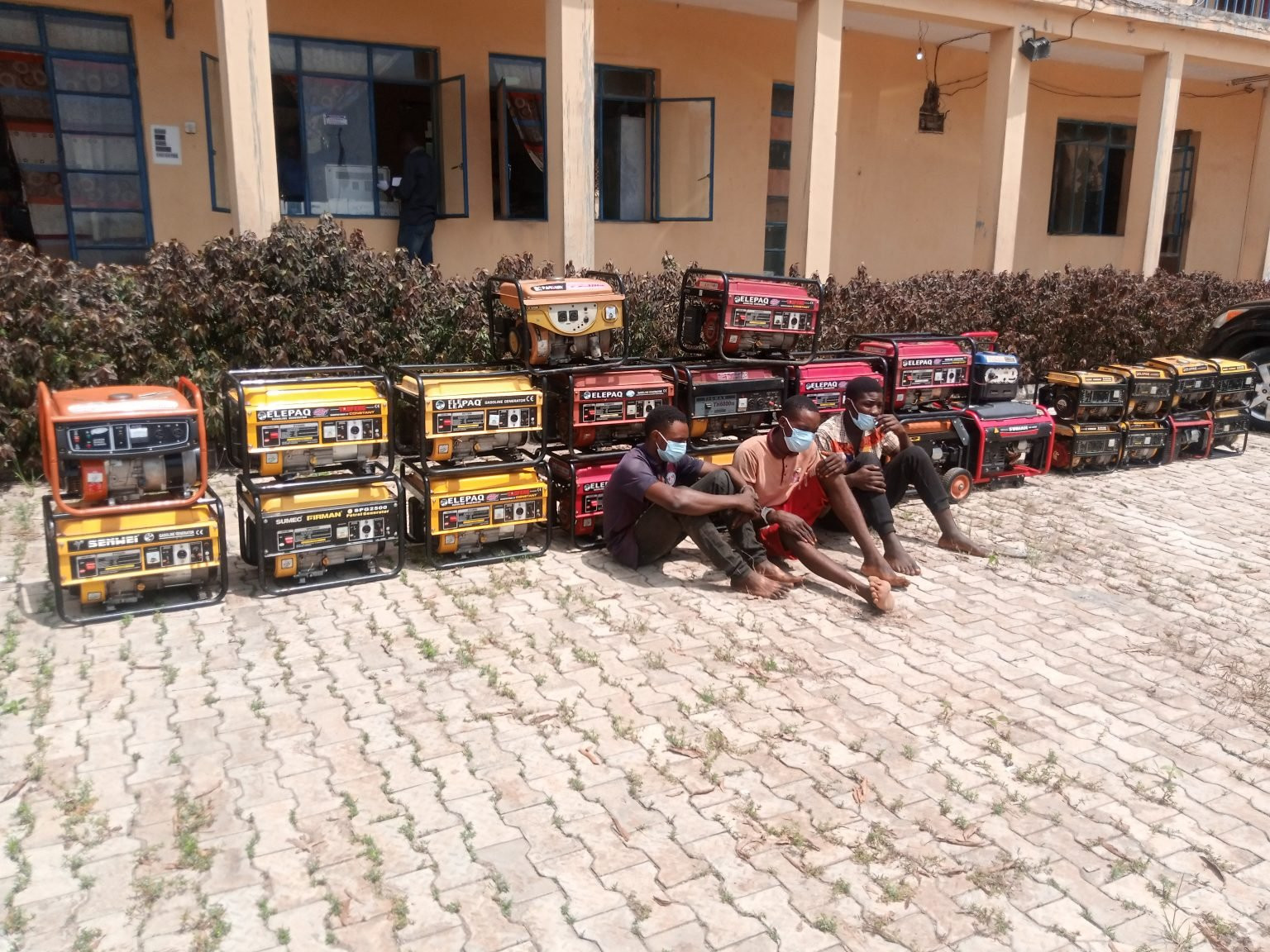 A 26-year-old serial burglar identified as Opeyemi Tosin has been arrested for reportedly stealing no fewer than 26 generators in Akure, the Ondo State capital.

He was arrested alongside two, ThankGod James, 22 and Sodiq Segun, 23 who were accused of allegedly helping him sell the stolen generators.

Tosin who confessed to the crime at the state police headquarters, said he got into it 5 months ago.

Narrating how he carries out the act, the drycleaner said he first surveys the environment before going back to carry out the crime. He further revealed that his two accomplices were generator repairers who look for buyers for the stolen generators.

The Commissioner of Police in the state, Bolaji Salami who also commented on the arrest of the suspect he described as a serial burglar, said 26 generators were recovered from those the suspect had sold them to.