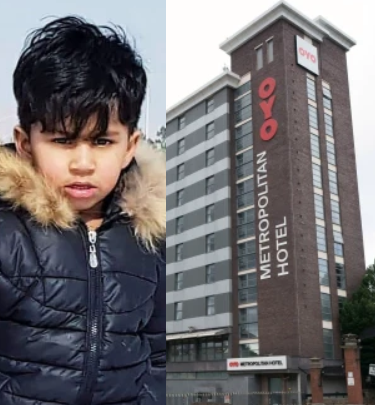 An Afghan refugee, 5, who fell to his death from a hotel window in Sheffield, England, has been pictured for the first time.

Mohammed Monib Majeedi had only arrived in the UK with his mum, dad and siblings around three weeks ago after the family fled the Taliban and he was staying in a hotel being used to house hero Afghans and their families who worked alongside the British Army and authorities, but escaped to the UK as the Taliban swept across their country.

It’s feared the little boy fell as he looked out of the window of the family’s hotel room at 2:30pm on Wednesday, August 18.

His terrified mother shouted “my boy” and “save my son please” as he plunged 70ft from the ninth floor of the OYO Metropolitan Hotel and landed in the car park below.

An Afghan witness staying in the hotel said Mohammed’s father had worked in the British Embassy in Kabul and the family had “come here to save their lives”.

The witness, also an interpreter for the British in…

Princess to give up royal title and £730,000 so she can marry university sweetheart after her engagement to him caused controversy